Apart from the various attractions that can be seen in Jhajjar, one can also go on a tour to the nearby places for a weekend outing. There are several places that are near Jhajjar and takes less than 2 hours to reach and offers great sightseeing options. Good transportation facility makes it all the more easy to reach the places in less time. Here are some places that can be visited during weekends:

Bhiwani, is a city which is located in Bhiwani district and as per many people the city derived its name from the name of Lord Shivas wife, goddess Gauri Bhawani. Bhiwani, also known as "mini Kashi" has as many as 300 temples and various other sightseeing options. When it comes to various sightseeing options, the city is not going to disappoint you with the lot of options available here. 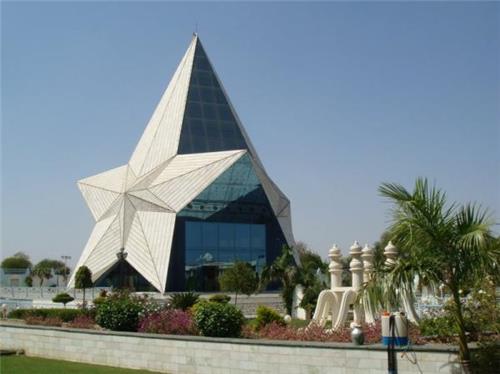 Naurangabad Mound is a famous tourist spot in Bhiwani and was first discovered in 1980's after few people found ancient coins while playing there. In 2001 the Archeological Survey of India started digging the mound to discover the entire village made of baked bricks. They even found other things such as pottery, various utilities, statues, coins and, much more. All the things that were found were investigated to be belonging to period of 300 BC, the era of Supta, Kaushan, Youdheya dynasty. It is remarkable feeling to witness all of these when on a visit here.

There are lots of structures belonging to the bygone eras. The historical Fort of Loharu which is 440 year old is one of them amongst others. It was built as early as 1570 AD. It is a good place to visit for those who have interests in the glorious history of Bhiwani. Along with this there are several tombs at Loharu to commemorate the battle that was fought between Thakurs of Loharu and Khetri Raja. There are places of religious importance such as Kirorimal Temple. This temple is famous all over the country and should be visited by one and all to seek blessings and enjoy some quite moment.

Then there are palace such as Palace of of Dadri which was built by the last King of the dynasty of the Sikh King of Jind to whom the area was granted. It was built in the memory of the daughter of the last king in the town of Charkhi Dadri. One can get a glimps of teh royal lifestyle when they visit Prithviraj Ki Kutcheri. At this place the court of the famous Rajput King Prithviraj used to be held many years ago and is a place of historical importance. Shrines of Lohar Pir and Khera Baba are also places of interests that can be visited. Star Monument is the samdhi place of the Maharaja Tarachandji and is a must visit for its amazing architectural beauty.


How to Reach Bhiwani ?

Located at a distance of 64 Km from Jhajjar the place can be easily reached. It takes about 1 hour 15 minutes to reach the city from Jhajjar. Due to the excellent condition of roads, Bhiwani can be reached using any public or private transport. Trains also run between the two cities.

Plan a Trip to Bahadurgarh near Jhajjar

Bahadurgarh is a famous and one of the fastest growing towns in Delhi NCR regions and is known by the name of "Gateway of Haryana". The city is known for the ancient forts and temples that can be found when here. Here are some of the places that you can consider visiting when on a tour here.

When it comes to historical places, Bahadurgarh fort is a famous spot and is a must visit. The architecture in this fort is something to marvel at. Though under ruins, the fort is still a magnificent monument and reminds us of the glorious bygone eras. If going on a pilgrimage, the city is not going to disappoint you with the number of temples that can be visited in the city. Bahadurgarh is famous for various temples such as Arya Smaj Mandir, Shiv Mandir, ISKCON temple, Sanatan Dharma Temple, Balaji Mandir and Hanuman Mandir. Hanuman Mandir which is located at a high altitude offers great view of the town Bahadurgarh as well. When on the lookout for some fun, Platinum Park located in Bahadurgarh is the right place to visit. With its array of water sports and other activities one is sure to have a great time when here. There are provisions for playing other games also such as badminton, cricket, table tennis and much more. You can even dance your heart out with a live Dj while getting soaked in rain water.


How to Reach Bahadurgarh ?

Situated just at a distance of 28 Km, Bahadurgarh is a great place to visit during holidays or weekends from Jhajjar. Since the distance is quite less and takes about only 35- 40 minutes approximately, Bahadurgarh is a famous weekend gateways for people of Jhajjar.

Plan your Vacation to Rohtak near Jhajjar

Rohtak is also an ancient town and underwent lot of changes before it became what it is today. Rohtak has become a big industrial town now with many industries being set up in the area. Rohtak too has several sites which belong to thousand of years back and were under the soil for many years. 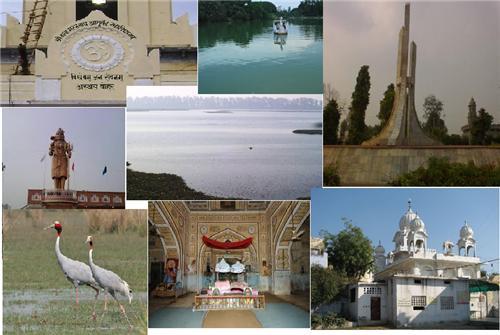 Archeological Site found in Farmana belongs to 2500-2600 BC and excavations at these sites were conducted by various national and international professors. Such excavation resulted in yielding Harappan Pottery, arrow heads, bangles, circular and triangular cakes, terracotta bulls, shell, semi precious stones, beads of bone, human burials and several other interesting things. Similarly Ancient Site of Khokhrakot was also excavated and objects that were found belonged to 800 DC to 11th century BC. Astha Bohar is a math an a famous tourist spot which was neglected for many years till it was revived in the year 1791. Shahjahan ki baoli is another such ancient building which is a must visit when in Rohtak. It is a well which was build under the service of Shah Jaha by Saidu Kala. It is considered as one of the best and finest monuments in Haryana. It was built as a water reservoir.


How to Reach Rohtak ?

Situated in Rohtak district this town is 35 Km from Jhajajr and is easily accessible via trains and buses. It takes on an average 45 minutes to reach Rohtak from Jhajjar.

For visiting the above places one can use the service of travel agents who will arrange for transportation, accommodations and will even arrange for sightseeing to the various sightseeing options available or plan your own itinerary. One just need to enjoy and relax and spend good time while they are vacationing. All of these places have good hotels, restaurants and good transportation facility to make your stay enjoyable.